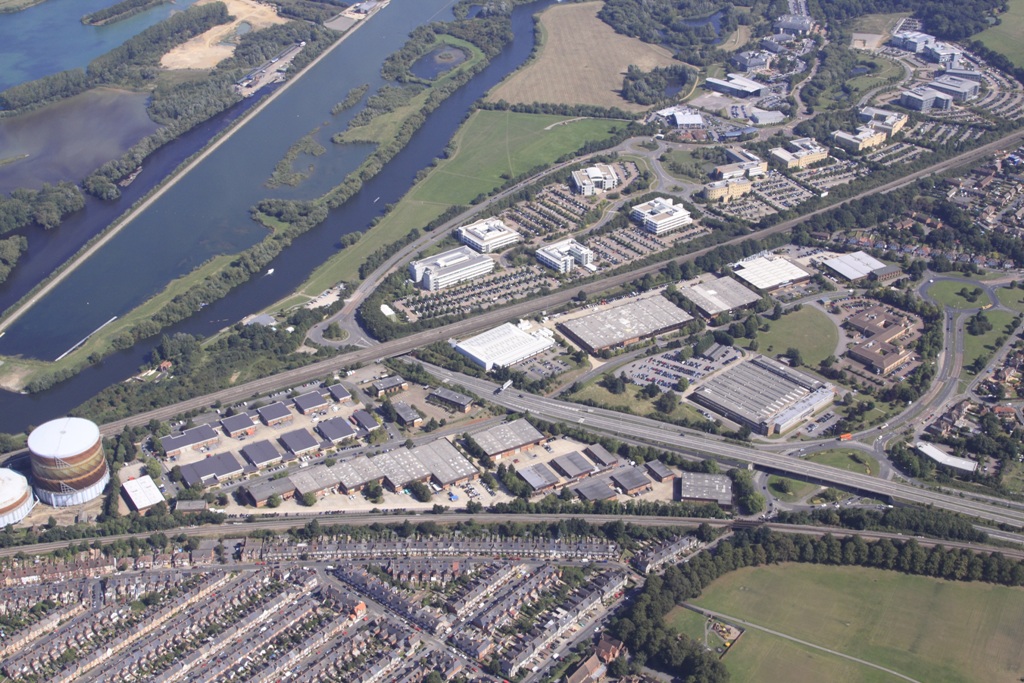 Last month Reading’s largest ever industrial pre-let deal was agreed, with Brakes Group signing for a new 208,000 sq ft storage and distribution warehouse at Suttons Business Park. While this deal alone equated to more than 60% of all industrial space transacted in Reading in 2010, broader success at Suttons has helped buck the wider market trend with an additional 60,000 sq ft of take-up recorded in the year to date.

Commercial property consultancies, Haslams and Lambert Smith Hampton (LSH), are retained as joint marketing agents by landlord, Standard Life Investments, and have secured a series of deals that have seen successful occupiers expand their businesses on the estate.

Pretty Green, a British fashion clothing label founded and designed by former Oasis frontman, Liam Gallagher, has expanded on the estate to take an additional 12,500 sq ft on top of its existing 4,600 sq ft to now occupy both units 11 and 16. Marketing consultancy, Circle Agency, has also grown from 3,800 sq ft into units 45 and 46, totalling 9,200 sq ft. Krannich Solar, one of Europe’s top 5 photovoltaic businesses, has taken a further 4,600 sq ft of space in unit 47, in addition to its existing operations in unit 49 (8,850 sq ft).

As well as thriving businesses expanding on the estate to take additional space, proactive marketing to industrial occupiers in and around Reading has driven a series of deals which have welcomed new tenants to the park. Independent publisher, Garnet Publishing, moved to Suttons to take 4,600 sq ft in unit 44, with Visions Event Service Group signing for the same amount of space in unit 14. Furthermore, Golden Star Computer UK Ltd has taken unit 6, totalling 3,600 sq ft, and A E Petsche has relocated and expanded its operations from Headley Park in Woodley to take 20,000 sq ft in unit 37 at Suttons.

Five further units are also currently under offer to four separate tenants (two new, and two existing), which will add a further 27,500 sq ft to this year’s take-up on Suttons Business Park.

Philip Hunter, Associate Director in LSH’s Reading office, commented: “This run of successful deals on the park is a vote of confidence for Reading, retaining and attracting some prominent and expanding occupiers in the town. The high take-up levels have resulted in a very low vacancy rate on the estate, which currently stands at just6%. Subsequently, headline rents on the park have risen for the first time in four years – this goes against the grain when compared with most other schemes.”

Neil Seager, Partner at Haslams, added: “Suttons Business Park’s excellent access to the M4, yet proximity to the town centre are important drivers behind the deals we’ve secured this year. Of equal importance is the size range of units on the estate from just 3,000 sq ft, right up to the scale of Brakes’ new 208,000 sq ft warehouse. This means that we are able to attract occupiers of all sizes and accommodate their resizing over time.” Construction is now underway on Brakes’ new warehouse, with works having begun just one week after the recent exchange of contracts. Completion of the new distribution facility is expected at the end of Q1 2012.